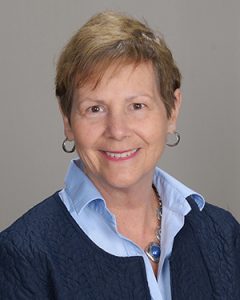 Ann began working with AgeBetter, Inc., as a consultant in early 2004, when Sharing Active Independent Lives (SAIL) was being launched as a Naturally Occurring Retirement Community demonstration project. Several years prior, she was an assisted living administrator at Oakwood Village. This experience, along with a master’s degree in rehabilitation psychology from UW-Madison, helped immensely in the formation and success of SAIL. She has helped shape the program into a unique and sustainable community resource for older adults that also takes a leadership role in the national “village movement.” In addition to oversight of SAIL, Ann is spearheading AgeBetter initiatives related to senior affordable housing and individualized support for residents living in independent living and assisted living at Attic Angel Community and Oakwood Village. Contact Ann at ann@agebettertoday.org.

Michelle Godfrey joined Attic Angel Community in February 2022 as the President and CEO. Michelle has worked in senior living since 2005—primarily in leadership roles at Oakwood Village and Marquardt Management Services (MMS). Her most recent roles at MMS included developing a new campus in Fitchburg and also serving as a Campus Administrator at St. Elizabeth Nursing Home in Janesville and Sinsinawa Mound in Hazel Green.

Michelle serves on the LeadingAge WI Board and enjoys being able to advocate for and with many great non-profit organizations in Wisconsin.

Barbara Gessner, a retired nurse, has served on the AgeBetter, Inc.,  board of directors since 2008 representing Oakwood Village. Barbara has been an active SAIL member since inception of the program in 2005. She participated in focus groups prior to the formation of SAIL and decided to join since the idea of people helping one another interests her. In addition to board and committee work for AgeBetter, Barbara volunteers as a driver for fellow SAIL members and has served on the SAIL Council as its president.

Following graduation from Milwaukee Hospital School of Nursing, she moved to Madison and worked at University Hospitals while completing a BS in nursing. Then she taught refresher courses to inactive RN’s throughout Wisconsin. After a Master’s degree in Nursing, she worked as a clinical nurse specialist in Connecticut. She returned to Madison to join the faculty of Nursing Extension while pursuing a PhD in Adult Education. In 1985 she joined the faculty of the School of Nursing at UW- Madison, retiring in 2001.

Barbara’s other volunteer activities include serving on the Oakwood Village Board of Directors, volunteering at Oakwood, and helping with many events at her church as well as serving on its board of directors, and is a longtime member of the West Side Optimist Club.

Linda also worked with the State of Wisconsin as a consultant to implement and oversee the Family Care long-term care program. In that role, she provided training, technical assistance, and financial and operational guidance to the executive management teams of the managed care organizations. Additionally, Linda re-wrote the State Audit Guide on Family Care and worked with various audit firms providing audit guidance. Linda is a Certified Public Accountant and is also LEAN (LEAN/Six Sigma) certified which focuses on cost savings and efficiencies.

In Linda’s spare time she enjoys spending time with family which includes 6 adult children (3 of her own and 3 step) and 5 grandkids.

Meredith represents the Attic Angel Association (AAA) on the AgeBetter Board. Meredith joined AAA as a volunteer Angel in 2012 and currently serves on the Association board as well as the Martha’s Vineyard Museum board as Treasurer. In addition, she has volunteered extensively as a tutor in local schools and also as a reader to pre-school children.

Kristen Peterson grew up in Jacksonville, Florida, where she met her husband. His position on a Navy Carrier took them all over the country before they landed in Madison in 1994. They have two children and four grandchildren. Kristen has spent many hours volunteering for Attic Angels and is a member of PEO. She is excited to be part of this exciting venture!